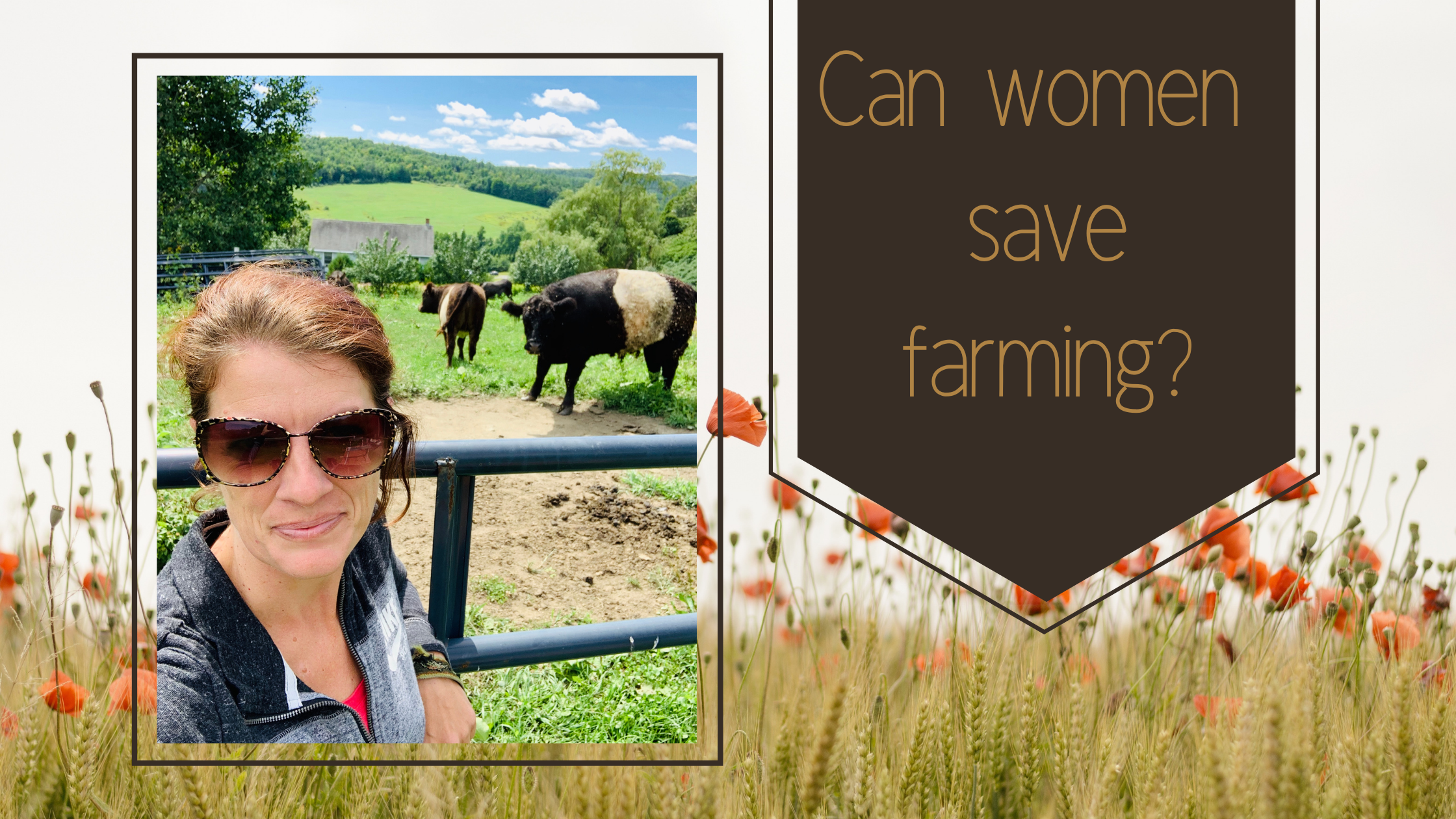 Woman-Owned Farms can they Save Farming?

As I was doing research about ‘how many’ female american farms are “OWNED” (not farmer wives) the number surprised me, in a good way.

“The most recent U.S. Census data is 2017 confirmed this.  Over recent years the number of male farmers fell, while the number of women-owned farms rose.  Females make up 36 percent of farmers, a 27 percent increase from 2012. Now, 56 percent of farms have at least one female producer, but only 38 percent have a female primary producer (owner).”

Farms are still dying, especially the small to medium sized farms and these types of farms have been crucial to their local and surrounding communities livelihood and economy.

“The new census shows the smallest farms (defined as less than 10 acres) make up 0.1 percent of all farmland, while the largest (at 2,000 or more acres) account for 58 percent.

Both of my parents were brought up on small Vermont farms.  These farms sustained their family and neighbors.  This type of farming brought in the sense of a community but also a ‘good neighbor’.  Neighboring farms would help each other out whether it was time for haying, a livestock in trouble, or just bad luck and you gave your neighbor extra milk or vegetation to feed their family, but there always was a trade.

In the last 3 decades, not only have large farms increased at a size that is truly insane and environmentally harsh and created cruel livestock homes.

It’s killed that sense of a ‘good neighbor’.

It’s killed the understanding of ‘where food comes from’.

It’s killed that understanding between ‘cheap’ and ‘organic’ pricing.

What else has it killed? (I’m sure you can add on…)

Over a decade ago my husband and I got our dream land.  The home and land we acquired had been part of his family for over 200 years, they were the 1st settlers in the village.  And they were farmers.  We acquired our first farm animals by accident really...close friends of ours were getting divorced and she needed to downsize her hurd.  Given we have 50 acres of beautiful old Vermont Farm land, we were the perfect candidate.  My husband and I knew nothing of farming, raising beef cows and miniature donkeys.  So through the years it’s been trial and error and I’ve loved every hard and beautiful moment of it.

So I didn’t grow up on a farm, but my parents brought me up on similar ethics that they were raised on.  If you did grow up on a farm you know what I’m talking about.  But my heart has always pushed me to the land and to farm more.  So why haven’t I increased my hurd and farm?  Because I know I can’t make money that way.  So I do it at a capacity in which it sustains my family, friends, and neighbors...my local community.

This my friend is what needs to come back.

And in my opinion it’s not just the reason for a small community (why because I’m a female and I need to only care about this?).  NO, I’m tired of hearing and seeing farmers lose money.  It’s bullshit and they have lost money ever since the food and agriculture industry has controlled them in the early 1800’s (yes it’s been that long).  How can milk be so important, the cost of it continuously increases to the consumer market, yet the dairy farmer is broke?  Well...because the larger system is broken and the farmer has no control over his business.  Can you imagine owning a business in which you have no say on how you sell your product and set the price?  The medical industry doesn’t seem to have that problem…

So it’s crucial that we bring back and start-up smaller farms, because they can be controlled by the farmer.  I can personally go to their farm and pick up and purchase their fresh milk.  Because that’s my personal choice as a consumer and that farmer is going to charge me however the amount it costs him plus profit.  Because that’s fair, the farmer works his/her ass off and that is how a business is run.

So i’ll get off my long winded tangent and get back to - Why are Women important to Farming?

We’re hard workers (yes I love to shovel cow manure and I can post holes dig better than most men), yet we can multi-task and we can think outside of the box out from ‘the old way’ of farming to a ‘new way’ of farming.  Woman Owned Farms still struggle gaining the respect in this industry of it being strongly run by white-males and its vendors too.  But guess what?  That hasn’t stopped us...

Because Women have more empathy for feeding their community and are less apt in doing it for money, they will succeed in this sense.  However - I am challenging the female owned farms NOT to sell yourself short.  You deserve the profits and you deserve the respect and therefore you need to run it like a true business for long-term success for the benefit of our small communities, neighbors, friends, and families.

(Unfortunately this is a quote that has been going around in the farm communities, but I can’t find who said it…)